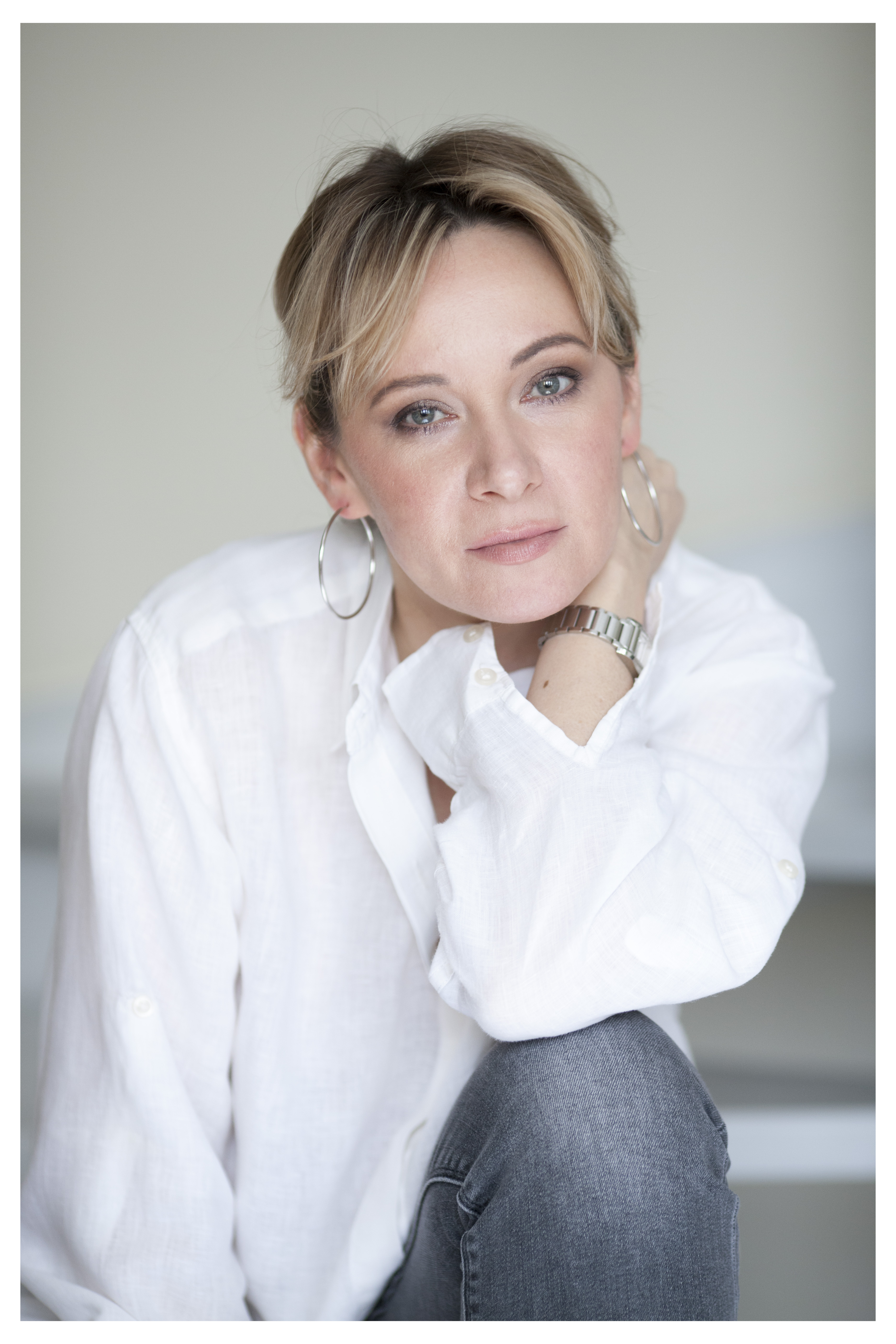 After graduating from Rostov-On-Don high school, Angelina Nikonova set her sights on New York City where she graduated from The School of Visual Arts with a major in Filmmaking. Her first awards came in 2001 when she debuted her graduate-project film, “Isosceles”, at the Moscow (St. Anna) Film Festival and at the Cinevue International Film Festival in Florida (USA) where it received “Best Experimental Film”.

2001 was also the year Angelina started to perfect her scriptwriting talent by completing a feature called, “The Hundred Thirteenth Love”, based on Alexander Pushkin’s biopic. This project led to a variety of other scripts while Angelina concurrently worked in international distribution acquiring sales for a Russian-American action flick entitled, “White Gold”. Angelina also received her first Producer credit working at the international advertising agency, Saatchi & Saatchi.

The ironic documentary film, “Flyover Country”, Angelina’s work in 2005, was premiered in Moscow and released in theaters thereafter. This film explored the theme of international marriages.

In 2010, Angelina and Olga Dihovichnaya started a production company that created Moscow International Festival of Independent Films “2morrow/Zavtra”. That same year, Angelina and Olga wrote a script for a feature called, “Twilight Portrait” and it became Angelina’s directorial debut. Shot for a few thousand dollars with a five member crew, this film became an inspiration for many Independent Filmmakers in Russia.

In 2012, Angelina established an educational Independent Film program called, Partizan, that presented master classes of renown filmmakers from all over the world.

A free-spirited dramedy called, “Welkome Home”, was scripted by Angelina in 2013 and it was filmed in New York the following year. It premiered in the Main Competition Program of Karovy Vary and was then distributed theatrically the same year.

While films are Angelina’s main focus, she has also explored new ground by directing and producing advertising, TV and music videos. A video that went viral for Proctor & Gamble titled, “A Heartfelt Story of One Transformation” received 8 million views in Russia and over 12 million views in Brazil. Her first TV project (also in 2015) got Angelina nominated for a prestigious “TEFI” award.

In 2017, Angelina flew to Mississippi, USA to direct the filming of her script, “Nishkinata”…an American horror story produced by US-based production company, Twelve Productions. This film is scheduled to be released in 2021.

The fourth feature film based on a book by Karina Dobrotvorskaya titled, “Anybody Seen My Girl?” was scripted and directed by Angelina and filmed in Moscow, Saint Petersburg, Paris and Normandie. It premiered at the Kinotavr Film Festival in Sochi, Russia. It is expected to be released theatrically in 2021.